Singapore Airlines (SIA) is the flag carrier airline of Singapore. Flying from its primary air hub at Changi Airport, operates regular scheduled passenger and cargo flights to a range of destinations across South Asia, Oceania, East Asia and Southeast Asia.

Singapore Airlines, the flag carrier of Singapore was founded in May 1947 as Malayan Airways Limited, becoming Malaysian Airways Limited in 1963 when the Federation of Malaysia was formed. Malayan Airlines took its first flight between the British Straits Settlement and Kuala Lumpur in 1947.

The airline today operates a fleet of 109 aircraft routinely flying to over 60 international destinations. Its headquarters are based at Airline House on Airline Road, Singapore. During the 2013/2014 financial year, the airline recorded revenues in excess of S$19 billion, with a net income in excess of S$450 million.

Known as Singapore Airlines since 1972 when Malaysia-Singapore Airlines split, the company is headquartered at Changi Airport. While the airline is based in Singapore, it offers many international flights including to and from Durban, Johannesburg and Cape Town in South Africa. It was named second largest in the world in 2010 with a market capital in excess of USD 14 billion.

The airline is owned by the Singapore government and the majority holding company is Temasek Holdings. The company is headed up by CEO, Goh Choon Phong.

By the late 1950s the airline had acquired a large number of Douglas DC-3s. A completed A380 in Singapore Airlines branding was put on display at the Asian Aerospace 2006 exhibition, and in October 2007, Singapore Airlines took delivery of the first, largest aircraft in the world; the Airbus A380.

The airline counts among its subsidiaries the likes of Scoot, a low cost carrier, as well as SilkAir, Singapore Airlines Cargo, as well as TigerAir (their other low cost airline). SilkAir services more regionally focussed routes using short haul aircraft.

The airline is a member of the Star Alliance, and their frequent flyer programme is called KrisFlyer.

The company also operates flights to and from Cape Town, Johannesburg and Durban in South Africa.

The airline has a particularly young fleet consisting of Airbus A330s, A380s and Boeing 777s. The 2017 fleet features 111 aircraft from both Airbus and Boeing: 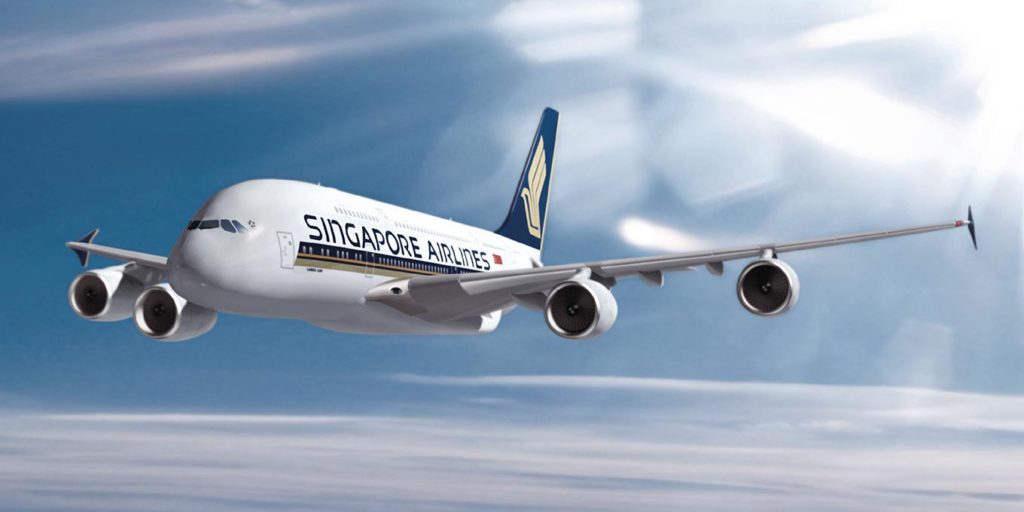 You can get a sense of the Premium Economy experience in the video below:

Singapore Airlines has two frequent flyer programs to reward passengers. The PPS Club program rewards premium class flyers for their loyalty, while the KrisFlyer rewards programme is designed to reward all flyers, regardless of class.

Passengers can check in online from 48 hours to 2 hours before flight departure time. The online check in system requires only that the passenger inputs their booking reference number and last name as it appears in their passport.

With offices in both Johannesburg and Cape Town, Singapore Airlines can be reached on the following numbers:

Singapore Airlines in the News

70 years of low airfares with Singapore

Singapore Airlines recently celebrated 70 years in the air with a huge travel fair featuring the biggest air fare deals. The airline invited passengers to take advantage of low round-trip specials with flights between Singapore and Asia from USD 160, flights to Australia from USD 570 and even flights to South Africa from USD 770.