JHB to London DIRECT from R6,999 while seats last! Deal valid on Black Friday only, fare expires at midnight on 23 November…

CPT or JHB to Windhoek from R2,999 while seats last! Deal valid on Black Friday only, fare expires at midnight on 23 November…

Looking to book the cheapest FlySAA flights online? Instantly compare and book with FLYAirlines.co.za, or find out more about South African Airways here.

As South Africa’s flagship air carrier, FlySAA, also known as SAA, is the country’s largest airline, with headquarters based on the grounds of OR Tambo Johannesburg International Airport, in Kempton Park.

FlySAA was founded in 1934 after the acquisition of Union Airways by the South African government. During the Apartheid era, SAA developed its international network of flight routes, while also building up its fleet of long-range aircraft. In 1997, SAA dropped its then Afrikaans name, Suid-Afrikaanse Lugdiens (SAL), updated its image and livery, and adopted the name it operates under today. 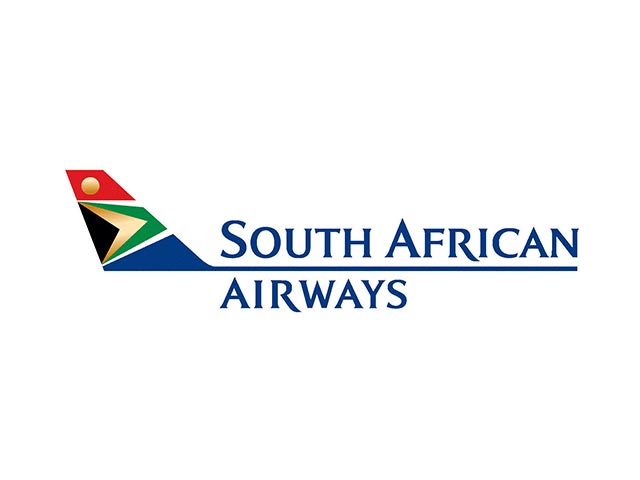 Today, FlySAA is state-owned, and is a member of the world-renowned Star Alliance, as well as the official air carrier of the Association of Tennis Professionals. The airline also owns Mango, a popular and low-cost domestic airline.

Apart from the busy domestic schedule FlySAA follows with its affiliates, the airline transports travellers to 38 destinations, in 26 countries across the globe, including Africa, Europe, North America, South America, Asia, Australia and New Zealand.

December 2010 saw the airline extend its African network of destinations to include: Cotonou, Benin; Abuja, Nigeria; Madagascar; Republic of Congo; Cameroon and Burundi.

As of December 2016, South African Airways’ fleet consists of:

You can check out the business class view of a FlySAA jet landing below:

Passengers are offered modern, comfortable seats with a pitch ranging from 31 – 33 inches, dependent on the aircraft, with ample leg room and personal, touch-screen monitors on the back of each seat. Travellers are provided with a complimentary welcome pack, full size pillow and blanket as well as a three-course meal, snacks and full beverage service on all long haul flights.

Each passenger is offered noise-cancelling headsets, personal touch screen monitors and access to a vast array of entertainment options – including up to 100 titles of movies, television series, documentaries, games and music. The SAA entertainment library is updated monthly with the latest in blockbusters and series.

Hand luggage is restricted to one bag, not exceeding 8kg, with a total dimension of 56cm x 36cm x 23cm (115cm) for economy class travellers, while business class passengers are allowed a maximum of two bags, not exceeding 8kg per bag.

Passengers are invited to sign up to become a Voyager Member of SAA, a tiered rewards system, where Voyager Miles can be accumulated the more a passenger flies with SAA and its affiliated air carriers.

South African Airways in the news

South Africa’s flagship air carrier, South African Airways, sent out a public statement on 1st February, warning all customers and potential passengers that a recent survey about the airline, circulated via WhatsApp is a complete hoax and should be avoided. The airline stated that they are not offering free tickets to any domestic or international destinations, and have urged those that have received the hoax message to not forward it on. SAA has said all its promotional material and activities can be found on their website.

No decision has been made by President Zuma on a proposal made by the ANC Women’s League, for a commission of inquiry into SAA to be established. ANCWL alleged, among other accusations, that only a few “white” capitalist companies were benefiting from the state-owned company and that Finance Minister Pravin Gordhan was responsible for holding up transformation of the airline.

During February 2017, SAA announced a new codeshare agreement with Air Seychelles to Durban.

FlySAA Board Gets Grilled in Parliament

Watch the controversy prone Board of the national carrier get grilled in parliament below: