While Emirates Airlines offers flights to and from South Africa, the main hub and headquarters of the company are in Dubai. This airline is the largest in the Middle East and the fourth largest airline in the world. Emirates Airlines is also a subsidiary of The Emirates Group. 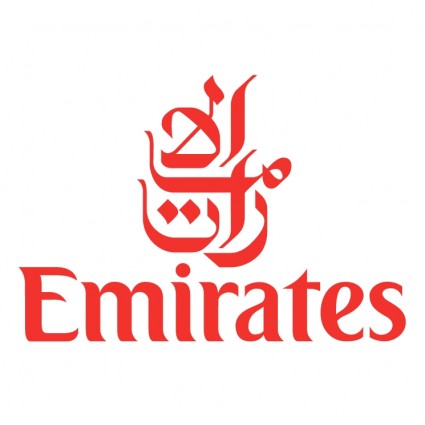 The airline was founded in March 1985 and commenced operations in October 1985. Key representatives of the company include the chairman and CEO, Ahmed bin Saeed Al Maktoum and president Tim Clark. In 1993 the airline began offering round-the-world services including to and from South Africa.

In 2015, Emirates Airlines became an official sponsor of Super Rugby team, the Lions. The company is also a main sponsor of USA Rugby. When the airline reported its half year performance for 2016-17, they recorded a total group revenue of USD 24.7 billion and a group profit revenue of USD 364 million.

Emirates operates approximately 3 600 flights weekly, and serves 154 destinations across 6 continents and 81 countries, many of which are in Africa. The airline operates many flights in the South and South East Asian region and operates the most flights to India, United States, Pakistan, UK, Australia and China.

The airline operates a mix of Airbus and Boeing aircraft. With over 240 in its fleet, Emirates is the largest Airbus A380 operator.

An online check-in system provides a convenient way for passengers to check themselves into their flight between 48 hours and 90 minutes prior to departure. Passengers must input their last name and booking reference.

All classes have access to in-flight entertainment (ICE system) and meals. Inflight entertainment offers 2 500 channels with movies, TV shows, music and games in a selection of languages. Closed captions are available for the hearing and visually impaired.

The airline offers an online baggage allowance calculator for passengers to see what restrictions might apply to them. You can use the calculator here.

Passengers must be able to lift their own baggage into the overhead storage lockers on board the flight.

Not used to announcing a decrease in flights, Emirates Airlines has had to cancel a planned increase of flights between Dubai and Nairobi in January 2017 as Kenyan authorities withdrew their approval of a third Emirates flight on this particular route. The bad news came just one week after the airline had already announced the additional flight, and with ‘no reason given for the withdrawal’.

Ref:
As 2016 drew to a close with the annual year end peak in travel, it was feared that Emirates Airlines might cut back on, or even completely eliminate its flights to specific African destinations and routes. Tim Clark, the president of the airline told reporters that the consideration was due to current economic and financial challenges on the continent. These challenges result in jet fuel becoming more expensive and often unavailable. “In certain African countries, the currencies have really gone down, so we’re reflecting on a number of these to look at where it’s just not worth us to travel,” Clark said.

You can use the following details to contact Emirates Airlines in South Africa, or book your own Emirates flights online using the above flight search form