Looking for cheap Austrian flights from Cape Town and Johannesburg to Europe? Instantly compare flight prices and book online with FLYAirlines, for find out more about this airline here.

Booking your own Austrian Airlines flights

Getting the cheapest international flights from Cape Town, Johannesburg and Durban online is easy with FLYAirlines. In 2017, our next generation flights search engine enables you to find the cheapest airfares at the click of a button. All you have to do is type your departure airport and destination city, as well as the dates you wish to fly on, into the search form above.

Our system instantaneously trawls the world’s biggest airline inventory databases to find you the very best prices. Then simply select your preferred flight, complete your passenger details and pay online. You can be booked and ready to fly within 2 minutes flat.

But don’t just take our word for it, why don’t you put the system to the test yourself?

About Austrian Airlines in South Africa

Austrian Airlines AG (www.austrian.com) is a subsidiary of Lufthansa Group and the flag carrier airline of Austria. Founded in 1957, it is one of the oldest airline brands in the world. The airline was founded through the merger of Austrian Airways and Air Austria, but the airline’s origins technically date back to the formation of Austrian Airways in 1923.

The airline acquired two more airlines – Lauda Air and Rheintalflug – during the early 2000s, but suffered sustained financial losses during the following decade. The airline’s owner, the Austrian Government, was thus advised to sell the airline to a foreign commercial entity.

The Lufthansa Group bought the airline in 2009. Staff and cost cutting disputes led to the airline’s flights being temporarily transferred to subsidiary airline Tyrolean Airways. In July 2012, however, all flight services were once again transferred to Austrian Airlines, with Tyrolean being incorporated into the former.

By 2016, the airline was employing over 6,400 full time staff members across its various international operations. The airline was also transporting over 11 million passengers per annum during the same year.

Fly Austrian, as the airline is sometimes erroneously referred to, has shareholdings in TUI Austria, Traviaustria, Austrian Lufthansa Cargo GmbH as well as Austrian Technik Bratislava. 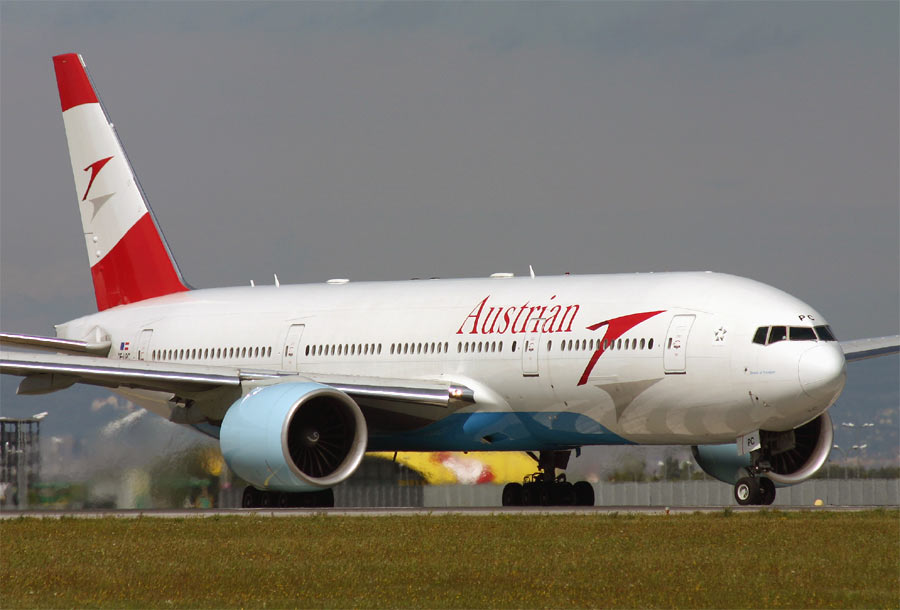 The airline’s headquarters and primary air hub is situated at Vienna International Airport. Boasting a fleet of over 90 aircraft, the airline flies to over 130 destinations in 55 countries around the world. As of October 2017, the airline will also be extending its South African flight network to include direct flights from Cape Town to Vienna. The airline also confirmed that it would be re-launching its Vienna – Tokyo route in 2017.

The Cape Town to Vienna route will be serviced bi-weekly using a Boeing 777-200ER. Austrian passengers will be able to fly directly between these key destinations, with a choice of Business Class, Economy Class and Premium Economy. Austrian joins the likes of KLM, Eurowings, British Airways and Ethiopian Airlines if offering direct flights to and from Cape Town. Austrian’s direct flights will be launching on 27 October 2017, while Eurowings will be commencing their direct flights to Europe in mid November.

Graz, Innsbruck, Linz and Salzburg are key focus cities for Austrian. Within the rest of Europe, the airline flies to Munich and Hanover in Germany, Mykonos, Corfu and Kos in Greece, Lyon in France, Krakow in Poland, Madrid in Ibiza in Spain, London in the UK, Lisbon in Portugal and Gothenburg in Sweden. Additional European destinations include Hamburg, Dusseldorf, Dresden and Frankfurt in Germany, Florence in Italy, Dublin in Ireland, Amsterdam in Holland and Copenhagen in Denmark.

Within Africa, Austrian flies to Abuja and Lagos in Nigeria, Accra in Ghana, Cape Town and Johannesburg in South Africa, Cairo and Alexandria in Egypt, Brazzaville in Congo, Bamako in Mali, Agadir, Casablanca and Marrakech in Morocco and Dakar in Senegal. Additional sub-Saharan destinations include Dar es Salaam in Tanzania, Mombasa and Nairobi in Kenya, Addis Ababa in Ethiopia, Freetown in Sierra Leone, Harare in Zimbabwe as well as Kinshasa in the DRC, Libreville in Gabon and Luanda in Angola –not to mention Cotonou in Benin.

Middle Eastern target cities include Amman in Jordan, Abu Dhabi and Dubai in the UAE, Erbil and Baghdad in Iraq, Beirut in Lebanon, Isfahan in Iran, Jeddah in Saudi Arabia as well as Kuwait City.

To contact Austrian telephonically, you can call their worldwide reservations and contact centre on +43 5 1766 1061. For more information or to book your flights directly with the airline, visit www.austrian.com – NOT www.flyaustrian.com or www.austrian.co.za.