Booking your own Air Zim flights online is fast and easy with FLY Airlines. Simply type your departure airport, destination and preferred travel dates into the above flight booking engine to get started. Then choose your preferred flight, complete your passenger information and pay online – all within two minutes or less! Powered by Travelstart South Africa, our system instantly searches the world’s biggest airline databases to find you the very cheapest flights to or from Zimbabwe.

But don’t only take our word for it, why don’t you put the system to the test yourself today?

Read on to find out more about the airline and its 2017 turnaround strategy below: 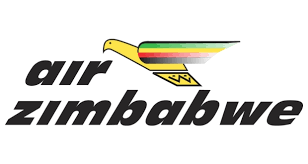 Air Zimbabwe is the national flag carrier airline of Zimbabwe. Established in 1967 as Air Rhodesia, the airline commenced flight operations in April 1980, the same year during which the country gained independence. Headquartered at Harare International Airport, the airline today operates regular scheduled passenger flights to 6 domestic and international destinations. As of 2014, the airline has been wholly owned by the Government of Zimbabwe.

As has been the case for most African national carriers, Air Zimbabwe has been a loss making state entity frequently embroiled in scandal.  During 2003 and 2004, the airline experienced severe financial challenged amidst the country’s currency hyperinflation crisis. It was briefly suspended by IATA over unpaid debts, and by 2006 it was reported that the airline’s passenger volumes had dropped from 1 million per annum in 199 to less than 25,000 in 2005.

Following years of unprofitability, the airline ceased operations in 2012. By January 2012, it was placed under judicial management. At the time, the airline was operating flights to a network of destinations across Southern Africa. In addition, it also operated flights to Asia and London Gatwick International Airport.

Services to Johannesburg from Harare were resumed again in April 2013, but around 600 of the airline’s staff members were laid off as part of a cost cutting exercise. An additional 200 employees were retrenched in 2017, shortly after the airline had spent $1 billion on acquiring new Boeing 777-200ER aircraft from Malaysia Airlines. The purchase coincided with the rebranding of the airline as Zimbabwe Airways, owned by a new corporate entity.

It is expected that the airline would seek to deploy the new aircraft along the lucrative Harare – London route, yet by mid 2017 this has not yet materialized. A large slice of the Zimbabwean diaspora movement is based in the UK, yet the massive debts accumulated by Air Zimbabwe has meant that the airline was unable to cash in on this lucrative flight route. 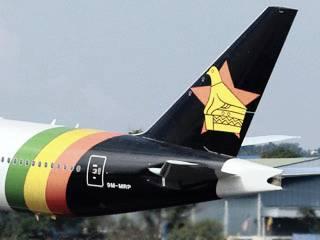 The airline reported annual revenues of $36 million during 2016, with a consolidated loss of $15 million.

Inbound tourism in Zimbabwe is seen as a large potential commercial opportunity, along with air traffic from China. It comes as no surprise, therefore, that Fastjet, Ethiopian Airlines, SA Airlink, Kenya Airways and startup competitors such as Fly Kumba and Rainbow Airlines have all ramped up their flight capacities to service this route. Flights to Victoria Falls, in particular, is being prioritized by competitors. The completion of the new state of the art airport in Victoria Falls, combined with ongoing investments in hospitality establishments and a massive $18 million entertainment complex is seen to bode very well for future air travel demand to Zimbabwe.

As of July 2017, Air Zim, as it is locally known, operates scheduled passenger flights to Johannesburg in South Africa, Lusaka in Zambia, Kariba, Victoria Falls and Bulawayo in Zimbabwe.