Booking your own Safair flights online

Safair online bookings are a breeze – all you have to do is type in your departure airport, destination and desired travel dates and you’re good to go. Powered by Travelstart, a leading South African flight booking engine, FLYAirline puts the cheapest domestic flights at your fingertips within seconds. Simply search the available flights, select the cheapest one or the time that suits you best, and submit your passenger information. You can book and pay in under 2 minutes flat, making this the most convenient way to book flights online.

Founded in August 2013, Fly Safair Airline is SA’s youngest carrier and the most on-time airline in the world.

As the wholly owned low cost subsidiary of Safair, a leading aviation services company, the airline has fast built itself a reputation for convenience and reliability. The airline’s primary air hubs are situated at Cape Town International, Lanseria Airport and OR Tambo International Airport, from where it flies to 7 domestic destinations. Its headquarters are situated in Johannesburg.

Being a no frills carrier, Safair Airline is capable of offering South African travellers local flights at rock bottom prices. The airline also runs a number of regular specials. In the past year or so the airline has offered both R1 and R2 flight specials. The net effect of this incredible deal is that the airlines official website had crashed due to the sheer number of people visiting the site. During subsequent iterations of this sale, the airline has introduced an online queuing system to help manage the demand and server traffic more efficiently. 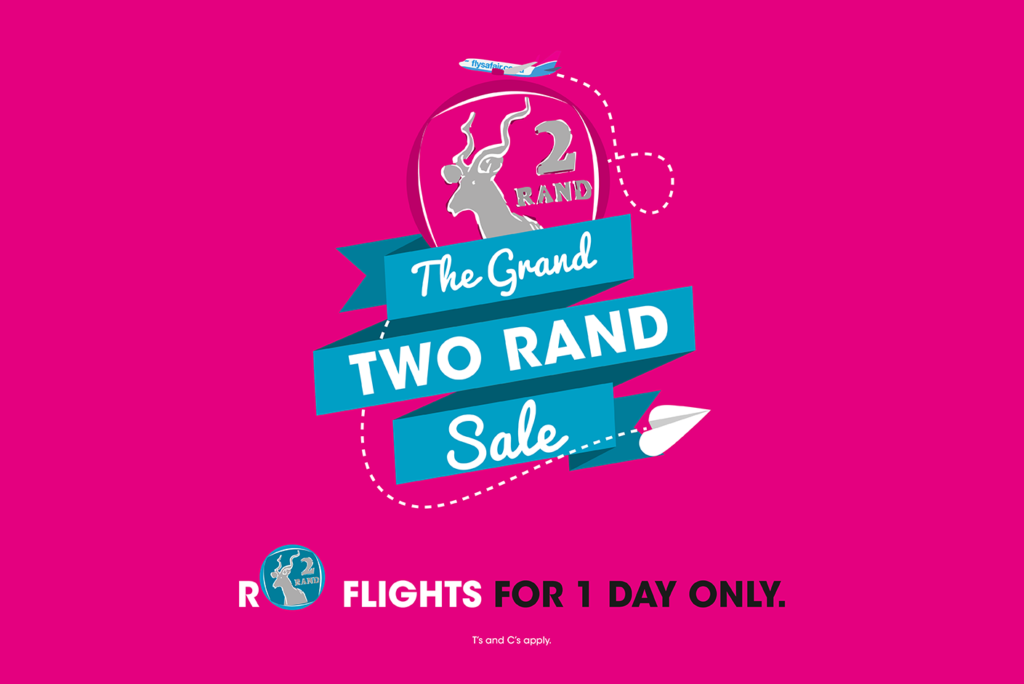 As of the first quarter of 2017, Safair Airline has also entered a new partnership agreement with the SA Rugby Union (SARU). Under this agreement, Safair Airline serves as the official domestic carrier for the Springbok rugby team and SA Rugby in general.

As of 8 June 2017, Safair Airline operates regular passenger flights between Cape Town, Durban, George, PE, East London as well as both Johannesburg’s international airports. The launch of new routes connecting the Eastern Cape and KZN were announced during the second quarter of 2017, with flights to Nelspruit also being considered in the short to medium term.

The airline did extensive market research ahead of this route expansion exercise. A public opinion poll was also conducted to help gauge demand for additional regional routes. 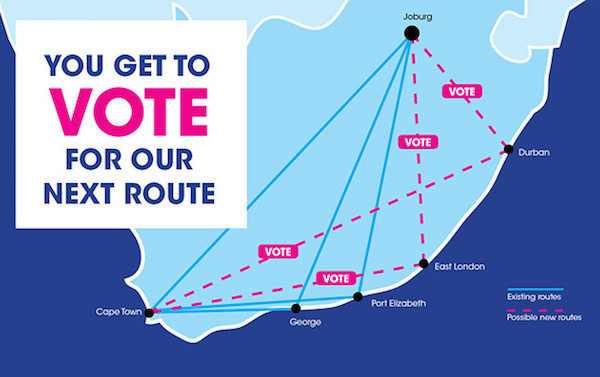 Being a low cost carrier, checked luggage weighing no more than 20kg can be carried subject to an additional charge of R150 per bag if purchased online. Additional luggage can also be purchased at the airport for a fee of R250 per extra bag. Each passenger is allowed to carry up to 7kg of hand luggage free of charge. Sports equipment and musical instruments incur a fee of R280 per item. NB: Any item weighing more than 32kg must be transported as cargo items.