Looking for the best Kulula Airlines 2017 specials online? FLYAirlines enables you to compare Kulula flight prices to other low cost carriers’ fares and book your own flights online – 24/7, 365!

Find out more about Kulula’s flight routes, specials and the airline’s fleet below, or input your travel dates using the above form to get started booking flights right now.

Kulula Airlines (IATA: MN), also known as Kulula.com, is a trading name brand of South African airline Comair, which also operates scheduled passenger flights as a British Airways franchisee. The airline was South Africa’s first no-frills low cost carrier. It has become well loved by South African travellers for its entertaining (and typically competitive) advertising campaigns. During 2010, for example, the airline was forced to stop a FIFA focused ad campaign, opting instead to position itself as “The Unofficial National Carrier of the You-Know-What”. During 2015, The airline has also been judged to be one of the safest airlines in the world by the aviation website AirlineRatings.com.

As for the brand being humour driven – this is possibly one of the most amusing airplane announcements of all time, courtesy of a Kulula.com flight attendant:

The airline was founded in 2001, and flies to 6 key cities around South Africa from its flight hubs at OR Tambo International and Lanseria International Airports. The airline is headquartered in Kempton Park, Gauteng, and operates scheduled services to most major South African business hubs.

The airline’s branding is bold, and bright green, and their livery is frequently hilarious. As is to be expected aboard any low cost carrier, snacks and refreshments are available for purchase. The airline’s in-flight magazine, Khuluma, has a readership of over 200,000 people per month.

Kulula Check-Ins open 90 minutes before departure, and close 30 minutes prior to take-off.

Kulula offers ongoing specials on flights and holiday packages. Keep an eye on the SA Flights coverage of the latest Kulula specials, or visit www.kulula.com for more information.

Kulula flies to several key cities within South Africa on a near daily basis, including between Cape Town and Johannesburg, Johannesburg and Cape Town to Durban and back. It also flies to George, East London and Johannesburg’s Lanseria International Airport. The latter is a destination that is ideal for business travellers wishing to commute to the north of Johannesburg. To find out more about the Kulula.com flight schedule, click here.

By November 2014, the Kulula fleet comprised 10 next-generation Boeing 737s with an average age of 11.2 years. 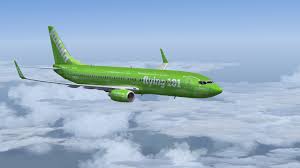 Each passenger is allowed one free piece of checked no bigger than the following maximum dimensions: 90 x 75 x 43cm (35.5 x 29.5 x 16 inches). The maximum weight limit per bag is 20kg, with anything heavier being subject to a heavy bag fee of R350 per bag at the airport. Extra bags can also be purchased at the airport. Infants under the age of 2 years get one free checked bag not exceeding 20kg, in addition to one collapsible pram and a child seat.

Passengers can buy one additional bag online by credit card two hours before flight departure at a price of R245 per bag, or through the Kulula Airlines Contact Centre 0861 KULULA (585852). If purchased at the airport, the price per additional bag is R350.

Booking your own Kulula Flights online

Book your own Kulula flights online using the above flight search tool or call o861 KULULA to speak to one of their flight consultants now about the latest Kulula flight specials.